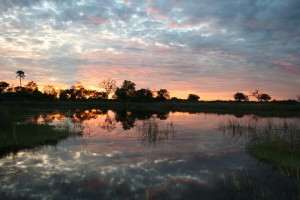 Abandoned rusty mine shafts cast long shadows around the edge of the city of Francistown. This historical mining town dates back officially to 1897 but there is historical evidence that people have lived in the area for hundreds of thousands of years. Francistown became the centre of southern Africa first gold mining rush around the mid 19th century where the towns population exploded and has now become known as the “Capital of the North”. Strategically placed on all transport routes, Francistown it has a prosperous economy fueled by mining and agriculture as well as an international airport, making it a popular stopover destination for tourists travelling north and west.

The town was named after British prospector Daniel Francis, who was the director of the powerful mining corporation, Tati Concessions Company. The development of this town is also owed to Entrepreneur and businessman, Cecil John Rhodes who laid his railway track parallel to the towns main street.

The hustle and bustle of this metropolis of northern Botswana is perfectly met with the towns vibrant mix of cultures and traditions. The African traditions of the Ndebele people who inhabited the area in the 1820’s and the colonial presence of British prospectors are matched perfectly. The economic boom allowed for the western influence to create highly modernized shopping malls, housing developments, restaurants, hotels and industrial complexes and yet this hasn’t cut off local markets. Visitors can still enjoy the African experience while spending time in this highly developed city.

The main road northwest of Francistown gives passage to Maun and the Okavango Delta, Kasane and Chobe National Park, Livingstone, Zambia and Victoria Falls, Zimbabwe making it the prefect stop over before your African safari adventure.

One of the most popular attraction within the city in the Supa Ngwao Museum. It contains hundreds of unique and interesting exhibitions depicting the life of the Kalanga people who are the indigenous inhabitants of the area. Beautiful pottery, woodcarvings, basketry and musical instruments are on display, depicting the fascinating lives that have lived here before. It also contains an exhibition of the towns historical roots making the museum an important library of northern Botswana’s heritage.